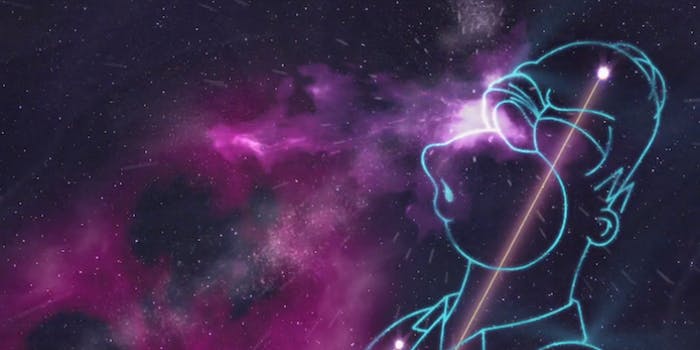 ‘The Simpsons’ marathon gets a cosmic trailer

On Aug. 21, a large chunk of the general population will go into hibernation until Labor Day. This is when the Simpsons marathon comes to FXX for a 12-day run.

During this time, all 552 Simpsons episodes will be available to watch, and a trailer for the marathon was just released. This August binge is a teaser of sorts for October’s debut of Simpsons World, which viewers will be able to access as a website via FX, as part of a huge syndication deal.

This is the Simpsons creation story:

And this marathon will fortify fans for the new season, debuting Sept. 28, in which a major character will be killed off. It’s thought Krusty the Clown will see his end, so you better get your fix. We’re all binge-watchers now.