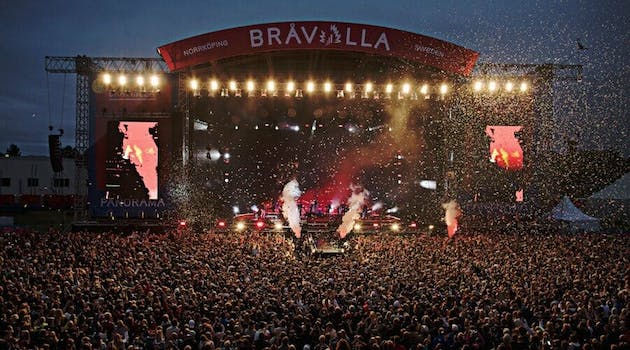 The announcement follows reports of sexual assault at the Bråvalla festival.

Sweden will be holding its first man-free music festival next summer, according to a Swedish comedian.

Following reports of sexual assault at a major Swedish music festival last week, Emma Knyckare tweeted: “What do you think about putting together a really cool festival where only non-men are welcome, that we’ll run until ALL men have learned how to behave themselves?”

The tweet gained a lot of support with other women reaching out who wanted to help realize her idea. She confirmed on Instagram this week that she would be organizing a man-free festival that will be coming to Sweden next summer.

“In the coming days I’ll bring together a solid group of talented organizers and project leaders to form the festival organizers, then you’ll hear from everyone again when it’s time to move forward.” she wrote.

This news comes after Saturday’s announcement that Sweden’s largest music festival, Bråvalla, will not return following reports of sexual assaults. Four rapes and 23 sexual assaults allegedly took place on-site at this year’s four-day festival, which featured big acts including the Killers, Linkin Park, Travis Scott, and others in late June.

In 2016 five rapes and 12 sexual assaults were reported at Bråvalla. Festival owners think these incidents resulted in a drop in ticket sales which went from 52,000 in 2016 to 45,000 tickets this year.

Artists Mumford & Sons, Wiz Kahlifa, Billy Cyro, and the 1975 wrote a statement after performing at last year’s festival saying that they would not be performing at Bråvalla again until they have “assurances from the police and organizers that they’re doing something to combat what appears to be a disgustingly high rate of reported sexual violence.”

Swedish Prime Minister Stefan Löfven spoke out against the alleged attacks to the Daily Expressen on Sunday. “This is so disgusting. These are obnoxious acts by deplorable men,” Löfven said. “This must stop.”