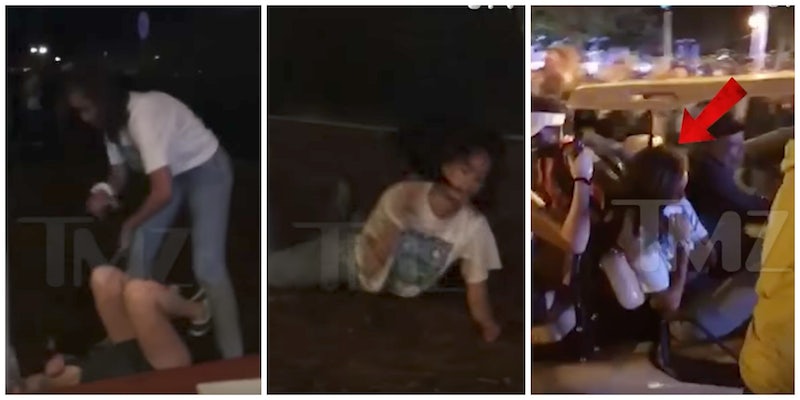 Malia Obama had to be carted off at Lollapalooza

Malia is a big fan of the Killers, apparently.

Malia Obama attended Chicago music festival Lollapalooza over the weekend. She’s a regular at the summer blowout, having attended in 2014 (where she took rampant selfies with fans), and 2016 (where she allegedly smoked pot). This year, Malia danced with such vigor that she required a private golf cart to exit Grant Park.

As TMZ notes, Malia is “kinda out of it” during her Lolla exit, which occurred following Friday’s set from the Killers.

TMZ also obtained footage of Malia rocking out to the Killers, so it’s fair to assume that she’s a big proponent of “Mr. Brightside.”

It seemed like a long weekend for the 19-year-old former first daughter. According to Page Six, she also lost her iPhone during Lolla, then went to the Apple store surrounded by private security and was unable to get an immediate replacement because she forgot the Apple ID. What is she, my dad? (Actually, the White House reportedly set up her lost iPhone.)

She’s headed to Harvard in the fall. Not a bad way to blow out the summer.