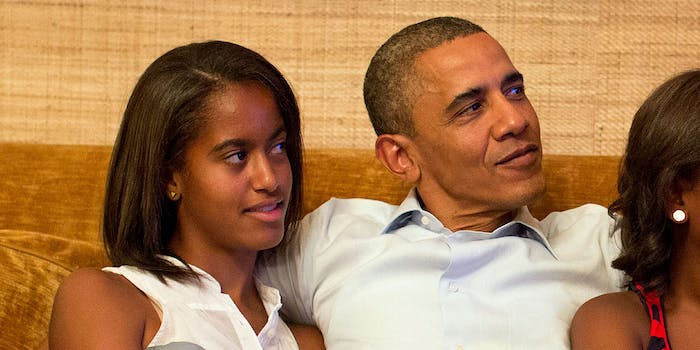 Malia Obama moves into Harvard—and her classmates lose it

Across the country this week, dutiful dads are helping incoming college freshmen move their frisbees and acoustic guitars into their dorm rooms. But on Harvard‘s campus, Barry Obama happened to be one of those dads.

Tuesday morning, Malia Obama made the official move into student housing at the prestigious university, and even though she politely declined an interview from a reporter who approached her on campus, you can still tell pretty much everything she did that day, thanks to her classmates’ Twitter reactions.

First, she moved her boxes in with some help from her mom and dad:

Then, she headed into Cambridge to check out the local businesses:

Then she headed back to campus to meet up with some of her classmates and check out the dining hall situation:

All-in-all, a pretty solid showing for a first day on campus. Classes reportedly don’t start until Aug. 30, so Malia still has some time to adjust to being a regular student.