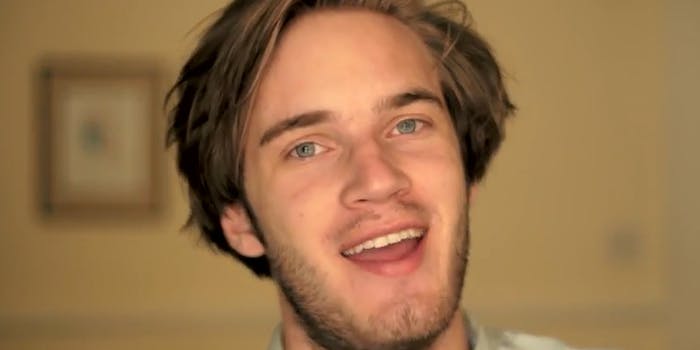 With several of YouTube's biggest channels on its roster, Maker no longer wants to rely on Google for revenue.

The company’s intentions are not clear, but it seems Maker wants more revenue than YouTube is offering.

Maker’s deal for Blip.tv, which both creates and distributes videos, should close within a few weeks, AllThingsD’s Peter Kafka reports. Exact terms were not disclosed.

Many major networks and creators have spoken out against YouTube’s revenue-sharing model. Creators typically take 55 percent of the cut of revenue from ads on their videos, while YouTube owner Google keeps the rest. Variety reported last month networks feel they need to work with different distributors “and cannot exclusively rely on YouTube for anything but the lowest-cost video-blogger-type material.”

Last month, the Vlogbrothers launched a “pay-what-you-want” platform to give content creators an alternative to YouTube’s ad revenue model.

Maker has also been looking for ways to generate revenue from videos beyond Google’s ads, Kafka reports. Blip’s sales team should boost Maker’s sales efforts. Blip CEO Kelly Day is expected to leave, though Maker plans to keep most Blip staff and keep it alive as a distinct brand.

One interesting consequence of the deal is that Maker will reunite with Ray William Johnson, at least temporarily. He acrimoniously quit the network last year and signed with Blip in the spring.

It seems Maker plans to shift at least some of its content to Blip. (The network did not respond to a request for comment.) Just how much it will move remains unclear. It’s hard to see Maker completely ditching YouTube, at least for the time being.

Many of its creators have millions of subscribers who generate revenue as they watch videos. It’s hard to guess how many of Kjellberg’s 12.2 million YouTube subscribers would make the jump to Blip, for instance, so a sudden shift would leave money on the table while creators build their communities there.