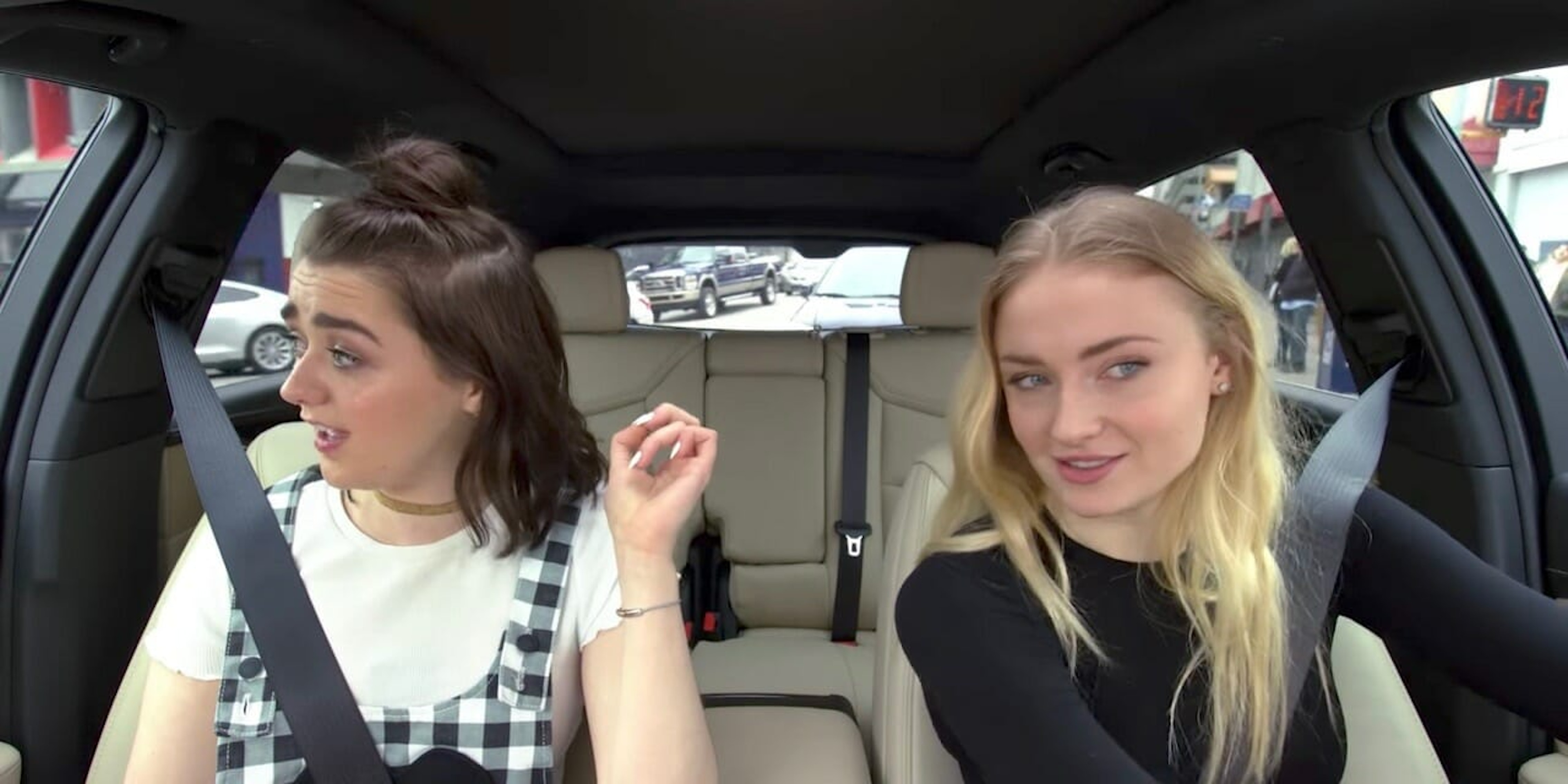 Screengrab via The Late Late Show/YouTube

Game of Thrones’ Maisie Williams and Sophie Turner’s episode of Carpool Karaoke is finally here, and it’s just as delightful as we imagined.

The latest preview posted by The Late Late Show doesn’t show either of them singing, but the on-screen sisters have plenty of spark as they launched an extended and accented riff. The two used to imitate and recite random phrases in Sean Bean’s accent, so they brought it back for Carpool Karaoke. In-between imagining a much happier Stark sisters reunion, Williams had Turner read lines from famous songs that eventually turned into them trying to get other drivers’ attention.

We might never hear “Baby Got Back” the same way again after this.