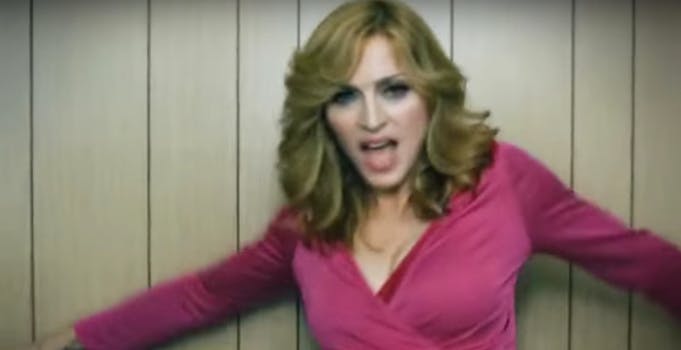 Whipping out the vote.

Hey, fellas, are you still on the fence about voting for Hillary Clinton? Perhaps Madonna can tug you in her direction.

While introducing comedian Amy Schumer at a recent show at New York City’s Madison Square Garden, the 58-year-old superstar vowed to perform oral sex on anyone who voted for the Democratic nominee.

“If you vote for Hillary Clinton,” Madonna told the crowd, “I will give you a blow job.”

This follows Schumer fans booing and walking out of her show in Tampa, Florida, after she called Trump an “orange, sexual-assaulting, fake-college-starting monster.”

Madonna’s presumably tongue-in-cheek proposition may actually appeal to the one demographic where Clinton has struggled most: White dudes.

A spat of recent polls shows Republican nominee Donald Trump dominates among men, while Clinton consistently leads among women—particularly after a flood of sexual assault allegations against Trump. However, the dearth of male Clinton supporters may be shifting as we head into Election Day: At least one new polls shows Clinton ahead among men.

If that shift turns into a trend, well, Madonna may need to find a new way to whip out the vote for Clinton.