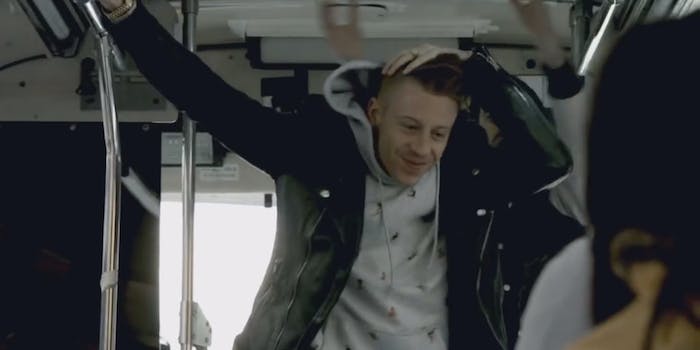 You wish your commute were this entertaining.

That’s one way to liven up a commute.

Riders of one New York City bus were given a treat when rap duo Macklemore and Ryan Lewis gave an impromptu performance of “Can’t Hold Us.”

For the commuters, it was just like any other bus ride up until Macklemore and Lewis stepped onto the bus, the latter armed with a boombox. The passengers were initially confused by the duo starting to perform, but before long they all started dancing.

It’s all a stunt to promote the 2014 Grammy Awards, where Macklemore and Lewis have seven nominations. It’s unclear how many people on the bus, if any, were planted there beforehand to get the dance party started.

Regardless, it’s probably the cheapest Macklemore concert any of them will ever see.