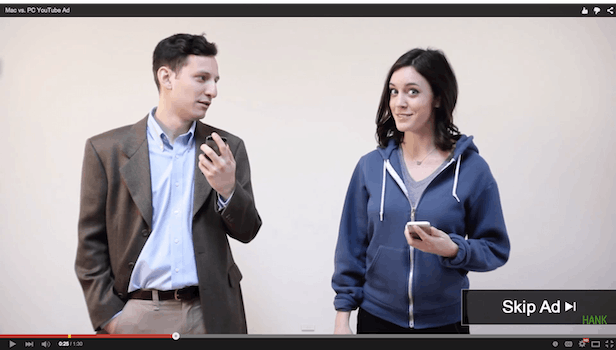 Those insufferable Apple ads got a much-deserved parody

We’re all tired of those ads where the Apple guy smugly mocks the PC user. Whose ad strategy was it anyway to entice people to buy a brand by telling them they are dumb and uncool?

But this brilliant new video from Dan Fox and Betsy Kenney of Hank Comedy makes fun of Mac users, PC users, and how little those ads have to do with the actual devices they sell.

The awkward, forced scenario that ensues once the actors go off-script is a must-watch for anyone who’s rolled their eyes at an Apple ad.