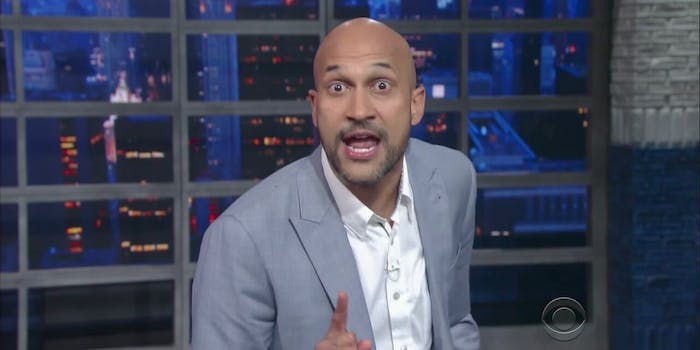 A few months ago, we got a glimpse at how Jordan Peele’s President Barack Obama would react to Donald Trump, but now Obama’s anger translator is finally weighing in.

Keegan-Michael Key played Luther, Obama’s “anger translator,” who was able to convey how Obama really felt behind all of his carefully measured statements, both on Key and Peele and for the real Obama at the 2015 White House Correspondents’ Dinner. Obama has been out of office for the past six months, but Stephen Colbert asked if Luther could help translate the former president’s statements for the audience.

Key obliged and provided some translations for the ages. Given how little Obama has actually said, the possibilities of what he might actually be feeling are endless, but Luther doesn’t hold back on calling out the hypocrisy of Congress and what he’s observing from the White House.