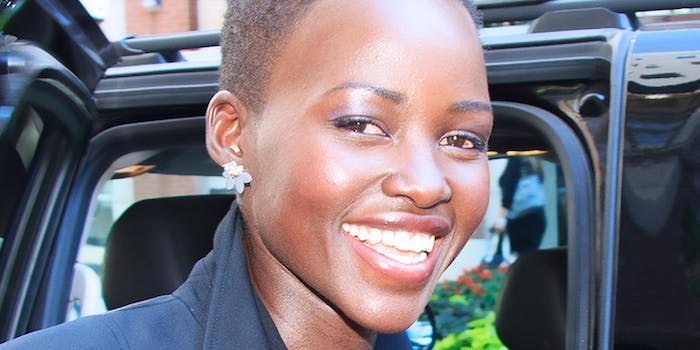 It’s not clear why this keeps happening. Lupita Nyong’o won an Oscar, and her name is actually quite easy to pronounce.

Perhaps you’ve noticed this already, but some people seem to have a real problem with pronouncing Lupita Nyong’o’s name.

It’s not clear why this keeps happening. Lupita Nyong’o’s name is actually quite easy to pronounce. Maybe the apostrophe is tripping people up.

Anyhow, it’s pretty unimpressive when one of us normal folk mispronounces her name, but it’s even worse when a TV anchor does it. Which is why Jimmy Kimmel decided to make this supercut of reporters trying and failing to get to the end of six syllables without embarrassing themselves on live TV.

Look, the Oscars were months ago. Lupita Nyong’o is a huge celebrity now. At the very least, entertainment reporters should be able to Google her name before they go on air, particularly since so many people have made this mistake already. Get it together.