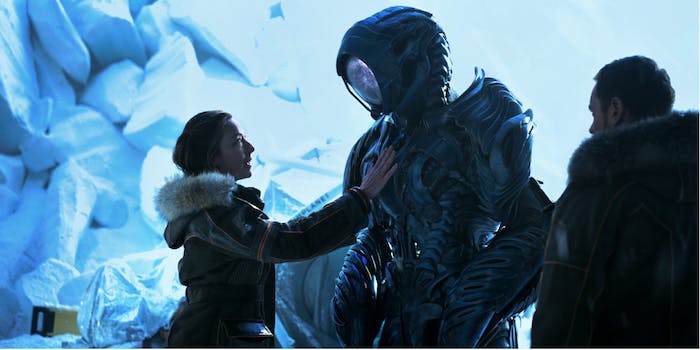 Netflix is going hard on the thirst-clicks.

Netflix‘s reboot of Lost in Space is out, and it’s received some lukewarm reviews. But one cast member is apparently getting people to tune in: the robot, played by Brian Steele, who becomes the Robinson family’s protector.

2015 twitter: lol joe jonas is hot
2018 twitter: i want to fuck the robot from lost in space and also doctor stranges cape

Netflix has gotten in on the action, but is it kinkshaming fans?