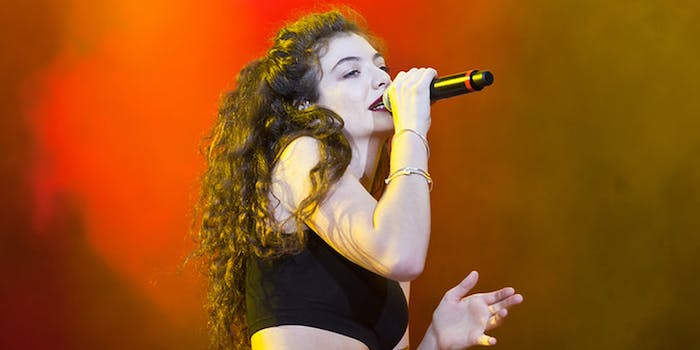 Lorde’s musical past has already been partially excavated: You can hear recordings of her Fugazi-influenced high school band And They Were Masked on Bandcamp. But what was 12-year-old Lorde up to?

A 2009 recording of Lorde—then known as Ella Yelich O’Connor—covering Kings of Leon’s “Use Somebody” on Radio New Zealand has started circulating again. It’s a pretty striking cover, and a reminder that Lorde’s version is much more tolerable than Kings of Leon’s.

She also covers Pixie Lott’s “Mama Do,” which you can find here.

Oh yeah, at 12, Lorde was also covering Rainbow’s “Man on the Silver Mountain” for her school’s battle of the bands and channeling Ronnie James Dio. No big deal.