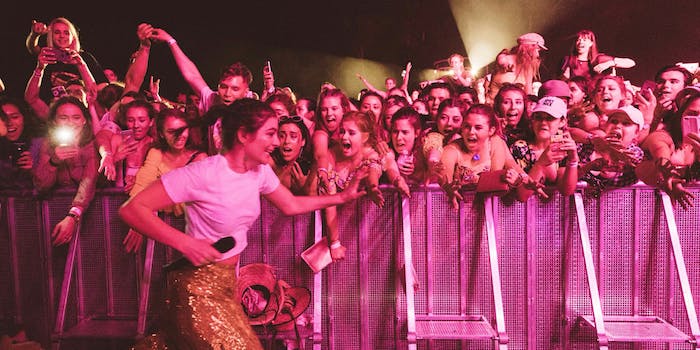 Ambassador urges Lorde to reconsider canceling her concert in Israel

Lorde decided not to perform after fans urged her to boycott the country.

In a Facebook post on Tuesday, Israel’s ambassador to New Zealand urged Lorde to reconsider canceling her Tel Aviv concert next summer.

Lorde, who is from New Zealand, canceled her appearance after fans asked her to participate in a boycott of Israel because of the country’s treatment of Palestinians, according to a statement she gave to the Jerusalem Post.

Here is @Lorde's statement on the cancellation of her Tel Aviv show, via Israeli PR for the concert. pic.twitter.com/Ph0uGHRjCV

Israeli ambassador Yitzhak Gerberg offered to meet with Lorde to “discuss Israel and its role as the only democracy in the Middle East.”

“By succumbing to the hateful agenda of the few who support #BDS you encourage animosity in the region,” he wrote. “Music should unite not divide. Reactions driven by hatred lead to continued #conflict. But solutions come from engagement and lead to compromise, co-operation, and #peace.”

Posted by Israel in New Zealand on Tuesday, December 26, 2017

It appears the cancelation was influenced by an open letter penned by two New Zealand fans, one who is Jewish and one who is Palestinian, who urged Lorde to not perform in Israel. The letter discussed current events happening in East Jerusalem along the Gaza strip and the West Bank and asked Lorde to consider how she can make an impact as an artist.

The letter referenced a boycott, divestment, and a sanctions campaign against Israel that a number of musicians support, including Lauryn Hill, Elvis Costello, Gil Scott-Heron, and Pink Floyd founder Roger Waters.

“In 2017, Lorde, reignite the spirit of 1981 and show the world that New Zealanders are the progressive forward-thinking people we say we are,” they wrote. “Please join the artistic boycott of Israel, cancel your Israeli tour dates and make a stand. Your voice will join many others and together we can and will make a difference.”

Last week, Lorde tweeted to a fan who shared the letter and said she was considering all her options.

Many fans of Lorde shared their disappointment that the concert was canceled, including actress Roseanne Barr, who went so far to call the singer a bigot.

Feminist @lorde cancels concert in Israel – only place in the Middle East where women are truly equal – on moral grounds. I look forward to her making a stand for the millions of oppressed women living under Islam. Or cancelling her Russian concerts due to the treatment of LGBT.

The same people who are applauding @lorde’s decision to cancel a concert in Israel ignore the fact that she’ll be playing shows in Russia (a bastion of Human Rights); and would likely throw her a parade if she decided to perform in Iran.

Merry Christmas one and all. Except to Lorde who is probably boycotting Christmas because a few misinformed idiot fans told her she should.

Other fans, however, applauded Lorde’s decision to hold off on the show until she felt educated enough to make an informed decision.

Thank you @Lorde for cancelling your Tel Aviv show and heeding appeals from your fans against Israel's art-washing of its brutal oppression of Palestinians. Your unwavering commitment to progressive values inspires us and gives us hope.

Amazing Lorde well done, good on you for listening. Please consider not playing in Israel, it really is the modern day equivalent of playing Sun City in apartheid South Africa. Thank you for considering!

Concert organizer Eran Arielli apologized on Facebook to disappointed fans but also stood up for the 21-year-old pop star.

“The truth is that I was naive to think that an artist of her age can withstand the pressure involved in coming to Israel,” he said in Hebrew, according to a translation provided by Facebook. “She doesn’t deserve all the shit she’s been through in the last week since the announcement.”

In her own statement, Lorde apologized to Israeli fans affected by her decision.

“I pride myself on being an informed young citizen, and I had done a lot of reading and sought a lot of opinions before deciding to book a show in Tel Aviv, but I’m not too proud to admit I didn’t make the right call on this one,” she wrote. “Tel Aviv, it’s been a dream of mine to visit this beautiful part of the world for many years, and I’m truly sorry to reverse my commitment to come play for you. I hope one day we can all dance.”