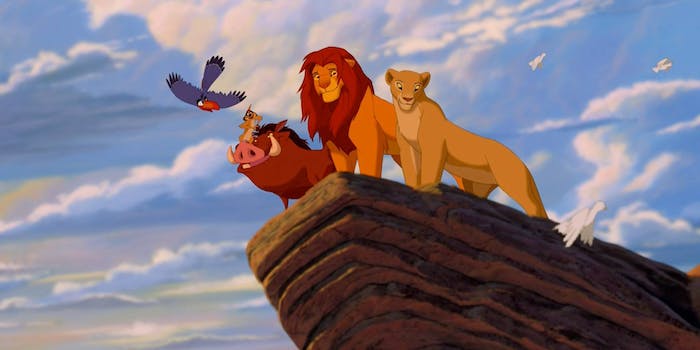 The realistic CGI reboot will include songs from the original.

Jon Favreau’s live action/CGI Jungle Book movie was a huge hit this year, and it looks like his next job is rebooting another Disney classic: The Lion King.

The Walt Disney Company announced the film in a press release, saying, “The Lion King builds on Disney’s success of reimagining its classics for a contemporary audience with films like Maleficent, Cinderella, and The Jungle Book.”

Excited for my next project 🦁👑

The “reimagined” Lion King will include songs from the original animated movie, and is expected to be filmed in a similarly realistic style to The Jungle Book—although presumably without any human characters.