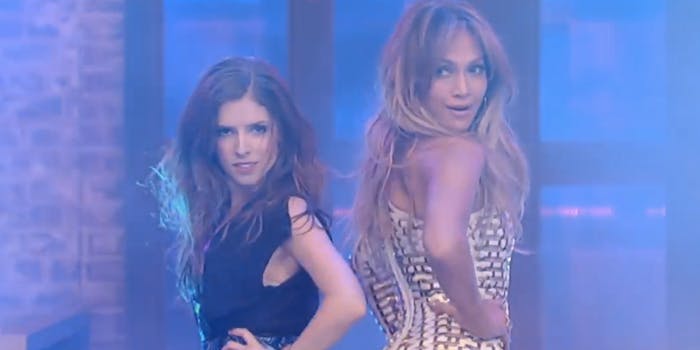 ‘Lip Sync Battle’ gets the star-studded trailer it deserves

The Fallon spin-off show is pulling out all the stops.

The show was optioned off a segment of The Tonight Show Starring Jimmy Fallon in which he pits major celebs against each other in a lip sync showdown. While they’re bringing back some former favorites like Krasinski and Stephen Merchant, the featured stars are all upping the ante from late night with elaborate costumes, dancers, and special guests. They’ve also brought in LL Cool J as host and Twitter darling Chrissy Tiegen as “color commentator.”

Will it measure up like classics from Emma Stone or Paul Rudd, whose clips have racked up tens of millions of views on YouTube? All signs point to yes, but we’ll know for sure when Lip Sync Battle premieres on April 2.