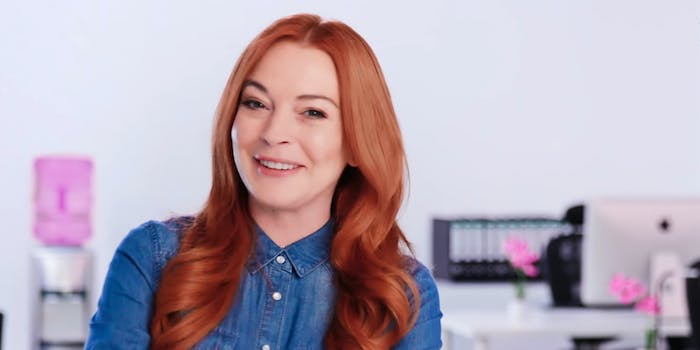 Lindsay Lohan has found a new target for her job at Lawyer.com: President Donald Trump.

As the new “marketing and brand advisor” for legal site Lawyer.com, Lohan is already proving she has the finesse needed for the job. On Wednesday morning, Lohan tweeted Trump some legal advice (from Dubai).

That Lohan tweeted the president proves she knows how to get his attention, but another great thing about this tweet is lack of specificity. Which of Trump’s legal trainwrecks is Lohan referring to? Just last summer, Lohan was asking America to stop bullying Trump and “start trusting him.”

Lohan was brought on as a spokesperson and brand advisor in March, when she dunked on her own past legal troubles in an ad that kind of seemed like it was for a dating site.