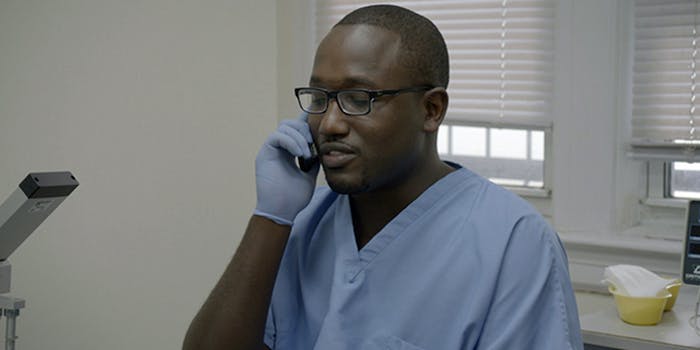 The character of Lincoln, Ilana’s dentist booty call (played by comedian Hannibal Buress), often decimates a scene with a subtle one-liner, and in the season 2 premiere, we learned that in addition to loving dogs, he has a blog devoted to pasta called The Al Dente Dentist.

The Tumblr actually exists, offering real pasta recipes with actual meatball ratings that you have to read in Lincoln’s voice. From the recipe for “Xmas Leftover Pasta”:

Every year our receptionist clears my schedule for the necessary three-day head start for Christmas cooking. This year I didn’t go outside for 49 straight hours (which weirdly is exactly how many recorded hours of Tori Amos I own, so that’s good.) Anyway, this Sunday’s pasta is a quick n easy recipe from #3 on my celeb crush list: Rachael Ray. Rachel, if you’re reading: I know you see my tweets. ;)

1) Throw all your leftover meat in a pan for five min with EVOO (extra virgin olive oil. But after I use it it’s just olive oil LOL)
2) Chop up whatever veggies you can find.
3) Salt n peppa that baby. Add a dash of cinnamon.
4) Cook for ten.
5) Mix in that pasta.

He also enlightens us on the intricacies of lasagna (the “birthday cake of pasta”) and the dangers of squid ink pasta. How is Ilana not putting a ring on this?