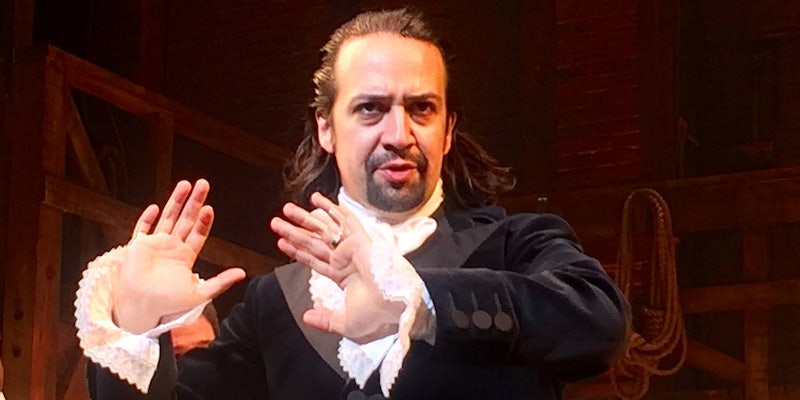 Yes, there is a duet with The Rock.

Lin-Manuel Miranda’s next project is penning songs for Disney’s upcoming animated film Moana, which stars Auli’i Cravalho as the titular Moana, who sets on an adventure to help her family, and Dwayne “The Rock” Johnson as a demi-god. It already sounds awesome, but to get some more press, Lin-Manuel Miranda took over Disney Animation’s Instagram account today.

Sooooo @DisneyAnimation has given me the keys to their Instagram for the day BWAHAHAHAHA #Linstagram #Moana pic.twitter.com/HcO6T4tiqn

Welp, it worked. Fans are clamoring to the account to watch Miranda sing his favorite Disney songs.

A post shared by Walt Disney Animation Studios (@disneyanimation) on Aug 7, 2016 at 9:07am PDT

If you need us, we’ll be by our laptops waiting for the Miranda/Johnson fanfic that’s about to pop up.