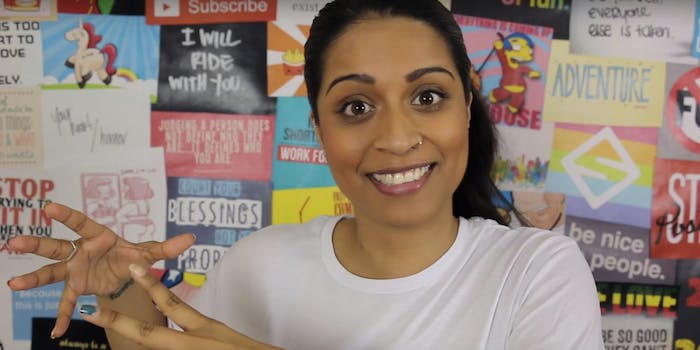 A cappella pros Pentatonix also got a nod.

Each year, Forbes compiles a list of young difference-makers for its “30 Under 30” list. The online video community, given the youthful nature of its demographic makeup, is generally well-represented on Forbes’ list, and that was once again the case in 2016. The YouTube and Vine stars whose names turned among the most influential people under 30 years of age include Lilly Singh and Shawn Mendes.

Forbes chose Singh as one the honorees in its Hollywood & Entertainment category, where she stands next to big traditional media names like Brie Larson and Game of Thrones star Emilia Clarke. Singh, the 27-year-old host of the IISuperwomanII YouTube channel, has tremendous appeal, particularly among Indian and South Asian audiences. She has used her sway to champion noble causes, such as her recent #GirlLove campaign. Also appearing on Forbes list of young Hollywood hotshots is Natalie Novak, who has worked with YouTube and Vine stars as an agent for UTA.

Forbes’ Music category features its own digital media stars. In addition to Mendes, who first found fame on Vine, Forbes also recognized Pentatonix, the a cappella group that parlayed its popularity on YouTube into a string of successful tours and albums. Finally, in its Media category, Forbes recognized another woman known for her digital video work: Ana Kasparian, who co-hosts the Young Turks YouTube channel.