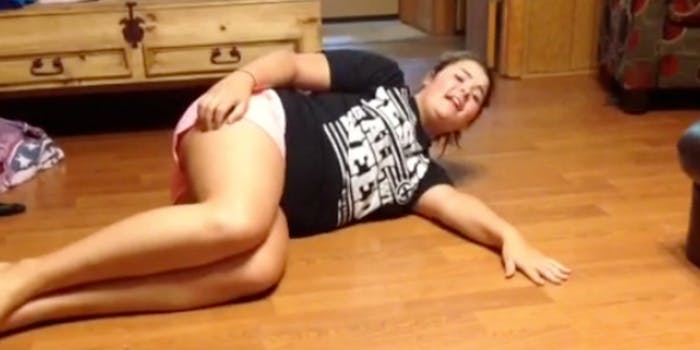 Teens are parodying this ’90s commercial for Life Alert

Vine trends come and go, but one’s stood the test of time. Or rather, it’s fallen over the test of time and can’t get up: Teens are recreating the Life Alert commercial from the ‘90s.

As Adweek points out, the tag “life alert” has more than 6,000 results on Vine, all spoofing the very spoofable original commercial, in which an elderly woman falls down in the bathroom, and asserts that she can’t get up. Life Alert, an emergency response system for seniors, saves her life. If you’re of a certain age, this ad is likely part of your cultural consciousness.

And yet, this commercial seems to be enchanting a younger generation, one that’s adding its own pop culture references to the parody.

The commercial’s gotten the parody treatment before, but it’s interesting that it’s evolved to Vine, where users have to find a way to tell the joke in six seconds, and where the meta-parody snowballs quickly. Taylor Swift is likely responsible for all of this.