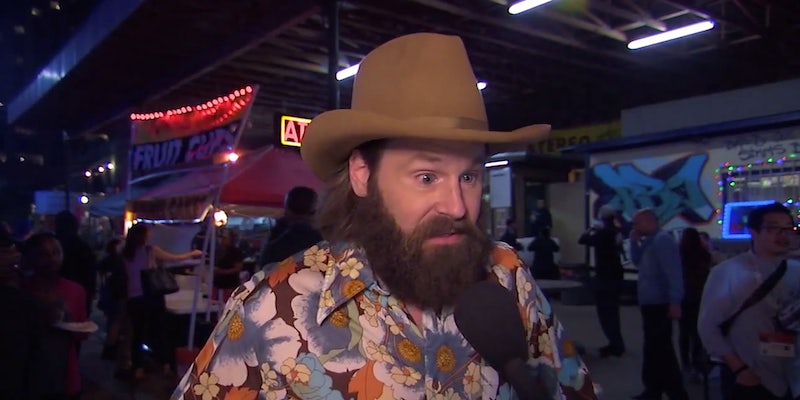 They don't exist, but it wouldn't surprise us if they did.

There are so many bands at any one music festival that it’s nearly impossible to keep track of all of them—but people will pretend to know them all anyway when asked about it on camera.

And that’s when Jimmy Kimmel’s Lie Witness News segment works best. Sure, bands like Mary Kate and Nasty, Cheez Whiz Khalifa, and Vlad and the Putins don’t exist, but they could. And when you ask South by Southwest attendees about these and other fake bands, as Kimmel’s crew did, they’re going to lie their pants off about their musical knowledge.

With just a little persuasion from the woman holding the microphone, people will even offer their thoughts on the nonexistent bands’ music/

Considering some of the names of actual SXSW bands, can you really blame these people?