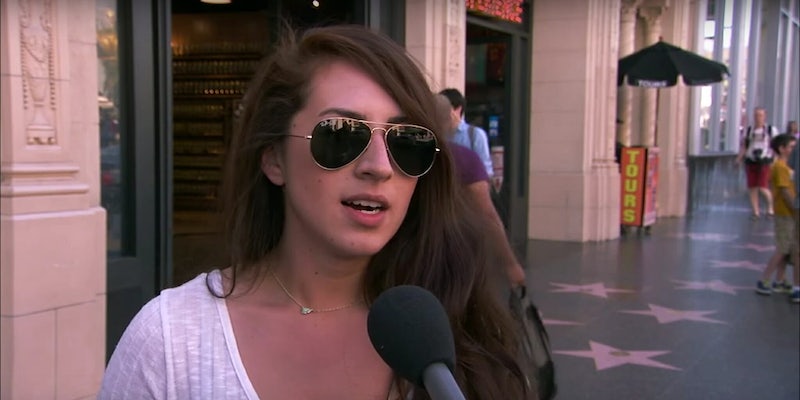 None of these nominees are even close to the real thing, but we'd pay to see them on the Court anyway.

President Obama nominated Judge Merrick Garland to the Supreme Court on Wednesday, a move that’s already garnering a partisan response on Capitol Hill. But if there’s one place where no one has heard about the whole thing, it’s Los Angeles—aka Jimmy Kimmel territory.

Garland’s name is already turning into a meme, so it’s not that far of a stretch for Kimmel’s crew to ask random passersby about the fictional characters, celebrities, and criminals who were just nominated to the Supreme Court in Wednesday night’s edition of Lie Witness News.

This video is harder to believe the more recognizable the names become.

Then again, if anyone could unite the Seven Kingdoms—and even the U.S.—it’s Tyrion Lannister.