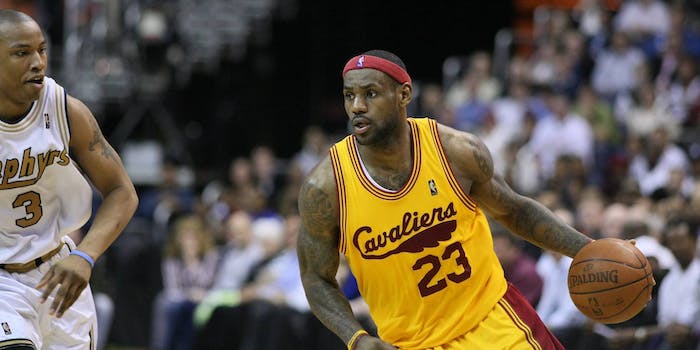 LeBron James won two NBA titles with the Miami Heat before clinching a third Sunday night, but that one gave the city of Cleveland’s its first professional championship in 52 years.

The hometown win was emotional for James, and he’s been celebrating with zest. To wit: James posted video with the Larry O’Brien trophy on Monday after his playoff social media hiatus which shows James professing his love to the golden trophy.

“I love you,” he said. “I love you so much. Don’t you ever leave me like that again. You’ve been gone way too long.”

And during the Cleveland Indians game on Monday the video was featured on the team’s kiss cam, where the Cleveland love was right at home.

.@KingJames and Larry made the kiss cam at the @Indians game tonight!! #RollTribe #ALLin216  #Believeland pic.twitter.com/1oM1NPUgo4

You cannot possibly go wrong with the Kiss Cam — especially when there's a 🏆 involved. https://t.co/9zCGcTOfFr