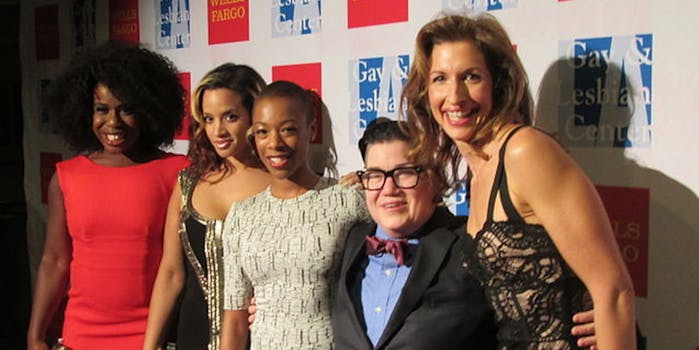 Big Boo is outpreaching the preacher.

When a preacher started spouting out hate speech on a New York City subway train, Orange Is the New Black star Lea DeLaria didn’t sit idly by and watch. She preached back.

DeLaria, an actress and comedian who plays Carrie “Big Boo” Black on the Netflix series, was on the Queens-bound M train on Tuesday when the man, who has been seen trying to preach on the subway before, started to spew hateful rhetoric attacking liberals and the LGBTQA community, according to the person who tipped off Gothamist. Normally, everyone would just ignore the preacher and his disturbed rantings, but DeLaria responded by leading the subway car in a rousing rendition of “99 Bottles of Beer.”

When the man started to preach his hateful views, reciting the story of Sodom and Gomorrah, DeLaria quoted the Bible back at him. His response was to call her a homophobic slur.

She may not have changed his mind, but the other passengers on the train seemed to be grateful that she spoke up.

@CelynaRobin my pleasure you’re correct. He had no right.