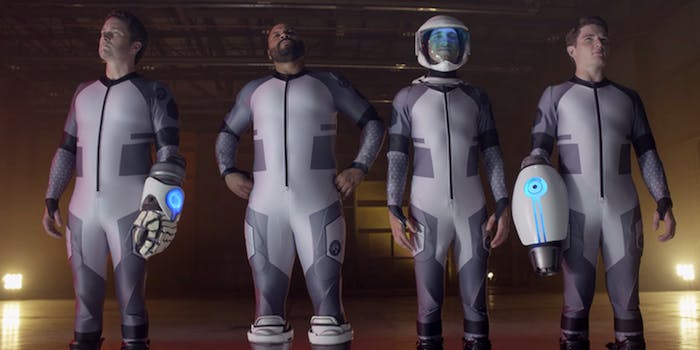 Rooster Teeth has a dedicated fanbase.

An Indiegogo campaign was launched last summer, and within a day it had surpassed its $650,000 goal, quickly making it the most successfully funded movie in Indiegogo’s history. It proved one thing: Rooster Teeth has a dedicated fanbase.

The full trailer will hit next month during SXSW, with a theatrical release sometime in 2015.