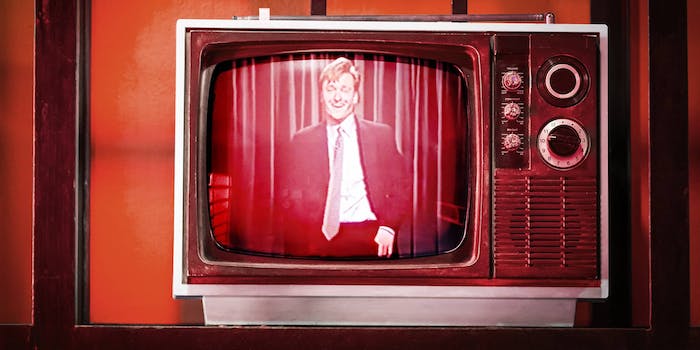 Yes, there are Monica Lewinsky jokes.

Lost in many conversations about who is eviscerating late night is Conan O’Brien, who has been impressively retooling his approach to the medium by actually exploring the world beyond his desk.

O’Brien led late night in the ’90s on NBC, and on Sunday, author and comedy historian Kliph Nesteroff posted a link to a YouTube playlist of more than 50 Late Night with Conan O’Brien episodes from back when Reese and Ryan were still together.

Of note is the debut episode from 1993: O’Brien addresses the “pressure” he faced to be as funny as David Letterman with an opening scene in which he hangs a noose in his dressing room.

There’s also Jim Carrey at the height of his Jim Careyness, some dated jokes about Monica Lewinsky, and Hunter S. Thompson shooting the NBC logo.