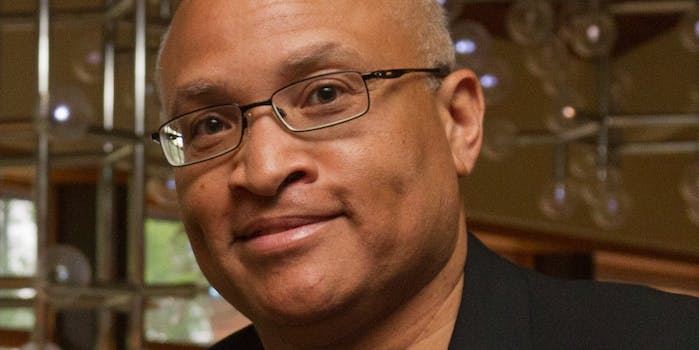 As Stephen Colbert departs for CBS's The Late Show, another Daily Show correspondent steps up to the plate.

When Stephen Colbert announced he’d be leaving The Colbert Report to take over David Letterman’s Late Show hosting duties, that answered one question but introduced another: Who’d assume his slot after The Daily Show With Jon Stewart? At last, there’s an answer: Senior Black Correspondent Larry Wilmore.

The Minority Report With Larry Wilmore (also, presumably, with the usual pronunciation of “report”) will premiere at the 11:30pm ET slot in 2015. Wilmore has been a regular contributor to the Daily Show roster since 2006, and he’s provided plenty of straight-faced insight and wry humor as he helps host Stewart deliver the day’s news.


He’s also a very welcome minority contribution to the late-night lineup, albeit not Comedy Central’s first stab at a black-centric news show: David Alan Grier’s Chocolate News premiered in 2008 and lasted precisely 10 episodes before being canned by the network. Given the success of Colbert’s show, Wilmore’s Emmy-winning experience as a co-creator of The Bernie Mac Show, and Jon Stewart’s role as executive producer, it’s probably safe to assume Minority Report (not to be confused with the 2002 Tom Cruise movie) will fare better.

The world’s still waiting to hear who will take over Craig Ferguson’s spot in the late-night landscape. Could a woman be next?