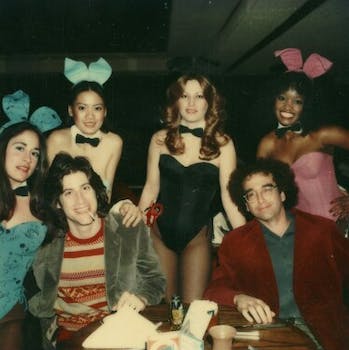 Thanks to a campaign by Charity Bribes, the storied comedian and television producer is now offically tweeting.

Comedian Larry David has joined Twitter. Score one for the guys at Charity Bribes.

The site, a charity-geared crowdfunding platform founded by William Spencer and Chris Baker, launched this year with a simple mission: raise enough money to convince Larry David to join Twitter. If he did, the site would donate the funds to the Natural Resources Defense Council.

Spencer and Baker were able to raise over $10,000 for the campaign, and after waiting 27 days of waiting, their efforts paid off. David joined Twitter on Friday afternoon. His first tweet: “I was told by Charity Bribes that if I Tweeted they’d give 10k to the NRDC… Pay up!”

Naturally, the guys behind Charity Bribes were a bit stunned.

“I went into this thinking that it would probably take two or three bribes before we had a successful one,” Baker told the Daily Dot.

“When he agreed to do it, it kind of blew my hair back.”

One tweet does not a tweeter make, but David’s fulfilled his part of the deal. He has a Twitter account. If he remembers how to use a smartphone, he’s got the option to use it. (There’s bound to be fodder for Curb Your Enthusiasm in there somewhere.)

Charity Bribes next mission is to entice Conan O’Brien into interviewing a guest while wearing an eye patch and black turtleneck, all in the name of the charity Autism Speaks. With three days left, the campaign’s only raised $250 so far, but Baker doesn’t seem concerned with the total.