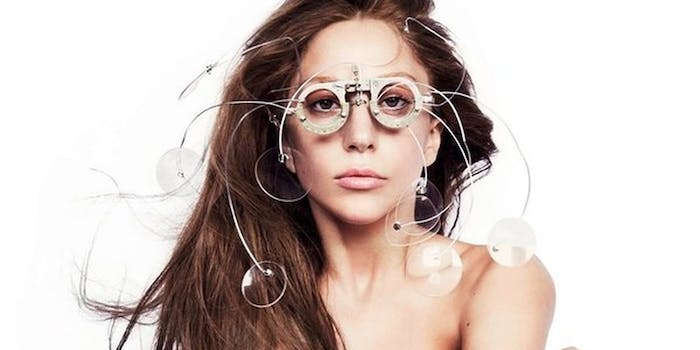 Did one Lady Gaga troll prove the Billboard chart is broken?

How YouTube preroll advertisements are skewing the pop charts.

On Nov. 17, 2013, “Sabrina O’Connor” posted a story on Examiner.com that claimed Lady Gaga’s Interscope label had spent $25 million on the promotion of ARTPOP—the most since Michael Jackson’s Invincible—resulting in redundancies at the label.

Within days this number had been treated like a limp-sock in a public-school dormitory; passed around by anyone desperate enough to use it. Business Week, Vulture, and MSN all ran stories leading with the click-baiting $25 million loss and the figure has since been floated elsewhere; contributing to analysis and reviews of Gaga’s strongly unanimous fail of a record.

The problem—Sabrina O’Connor doesn’t exist. Gaga has since denied the $25 million figure, and many sites—despite adding a small-print “according to Examiner.com” correction—still have their lead-story online.

Examiner.com, a website that has a network of “100,000 contributors,” had been taking submissions from O’Connor and another writer called Angela Cheng—who some have speculated are the same person. Cheng, who once wrote that the “top reason to dislike Madonna” was because she “helped encourage the spread of aids,” had, alongside O’Connor, published a tonne of Gaga takedowns on Examiner.com. Here’s a screenshot. 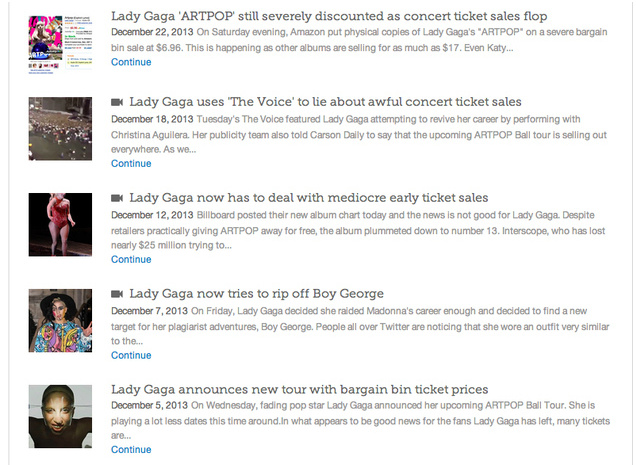 It could just be the work of a crazed Madonna stan except, on Jan. 1, 2014, Cheng published another piece claiming that Bill Werde, former editorial director at Billboard.com, was to be fired from the company—a week later he was gone. The details may have been incorrect—he wasn’t fired—but the “scoop” gave slight credibility to Cheng’s previous claims. Was Cheng not just an Internet troll with spare time, but a credible, albeit very biased, source of information operating under a false identity? When BuzzFeed contacted Werde to discuss the story, he took matters into his own hands and embarked upon a super-slewing investigation.