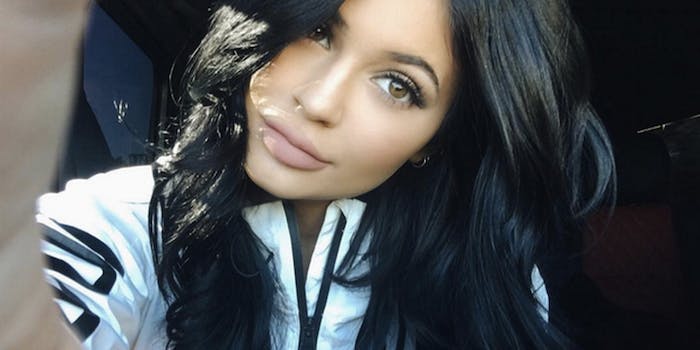 She's getting back to social media.

Kylie Jenner on Monday posted her first selfie since giving birth to daughter Stormi on Feb. 1, the internet’s baby of the moment: The unusual name became an instant meme, and her Instagram announcement became the most-liked post ever, amassing 14 million hearts in 24 hours. Here’s the 20-year-old fashion icon in her Bentley, fresh off a trip to a baby shower for social media icon, boutique owner, and ally Heather Sanders:

For his part, father Travis Scott traveled last weekend to his hometown of Missouri City, Texas, where he received a key to the city. According to TMZ, he spent the whole weekend on FaceTime with Mom and Stormi. He’s apparently all smiles since becoming a dad and plans to tour less going forward to be around more.

On Feb. 4, the parents posted “To Our Daughter,” a YouTube video announcing the birth of Stormi.