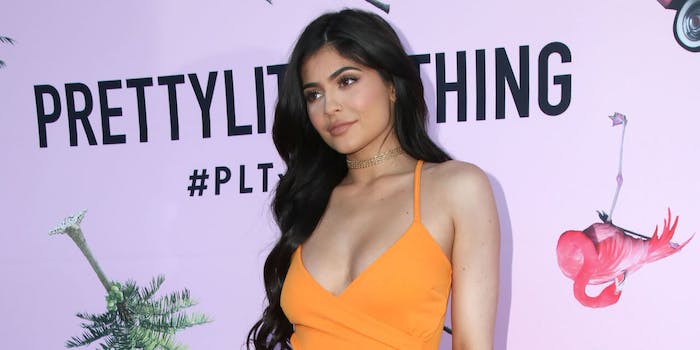 'There are people out there who can’t eat.'

Kylie Jenner faced backlash on social media this week after sharing a video of her new Bugatti.

Though it’s not the first time Jenner has shared a Bugatti on Instagram, the young billionaire flaunted her own ride over the weekend, according to Page Six. The Bugatti Chiron is worth an estimated $3 million, and critics flooded to the post to share their thoughts on how the money could have been better used.

Jenner promptly deleted the Instagram post but has not responded directly to her critics. Some people showed support for the 22-year-old model’s spending habits, noting she should be able to choose how she spends her money. The majority of commenters, however, criticized the young model for not putting the money toward an altruistic effort.

“How can people justify buying more cars then (sic) they possibly need when there are people out there who can’t eat,” one person commented, according to the Blast. “Like I get it’s your money and you earn it but HOW do you justify not doing good with it I just don’t get it. They money you spent on this you could of fed a village for a year at LEAST.”

Other commenters shared the sentiment. “Oh yay! Another new car! Meanwhile there’s ppl struggling to make ends meet and feed themselves,” one person wrote. “I’m happy for her but damn when is enough enough?”

Jenner has more than 147 million Instagram followers. She’s had a rocky year between her breakup with rapper Travis Scott and a sudden bout of illness during Paris fashion week. The Bugatti controversy is far from the worst backlash she’s received, but the speed with which she removed the post indicates that she’s hearing the criticism. That, or the young lip kit mogul is just tired of dealing with peeved fans.