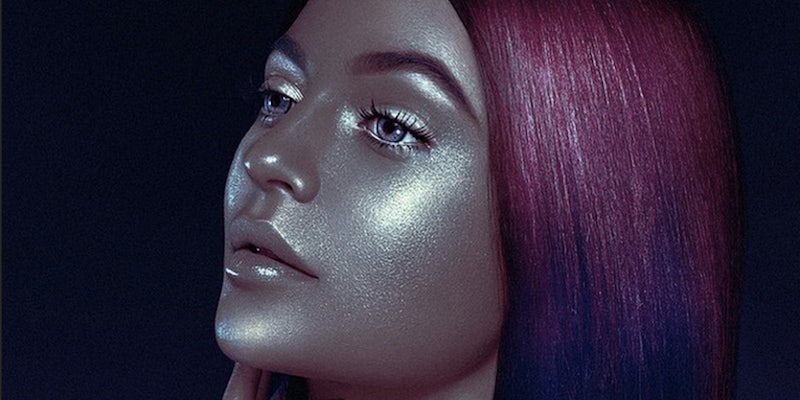 Girl, what were you thinking?

Kylie Jenner is no stranger to controversy on Instagram. But with her latest Insta photo shoot, some people think she might have taken it a bit too far.

In a series of images from a photo shoot that the 17-year-old posted on Instagram Saturday, Jenner appears to be wearing blackface. The photos feature her wearing dark metallic makeup and posing in dark lighting. In the first photo, which she’s since deleted, Jenner added the caption “What I wish I looked like all the time”:

The other photos are still up on Jenner’s Instagram, and she directly addresses criticism from outraged commenters by saying, “This is a black light and neon lights people lets all calm down.” She also posted a third image with the caption “goodnight.”

Not everyone is offended by the photo. One of Jenner’s nearly 20 million followers, the Disney star Zendaya, first commented on the now-deleted photo with a clapping hands emoji. But she quickly apologized when her followers pointed out the implications of Jenner’s photos on Twitter:

I didn't see it like that at fist…that's crazy

At first, I saw more of an avatar look but thank y'all for keepin me on point….we all gotta stay aware of what image we project #lessons

Welp, now we know how the Kardashians are celebrating Easter this year: doubling down on accusations of racism.