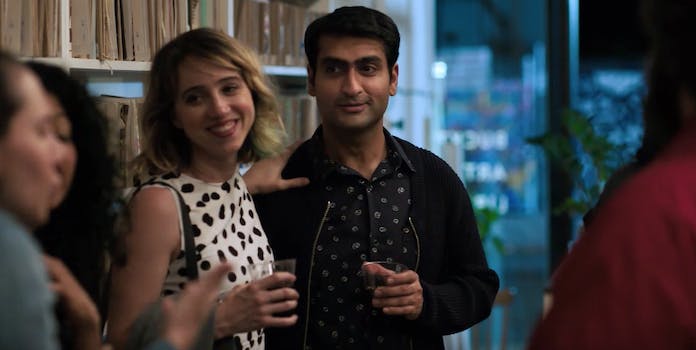 Then, Chrissy Teigen weighed in.

Kumail Nanjiani has a great idea for how to spend 120 minutes of your Christmas day: Watch his critically acclaimed movie The Big Sick on whatever streaming service you use.

But four hours after his initial tweet on Saturday, Nanjiani had a startling revelation. There’s another place you can watch his film. And maybe it wouldn’t be so family friendly.

It’s unclear, but others took up the search as well.

Side note: do NOT search 'The Big Sick' on pornhub…I've seen things… *shudders*

It suggested things that rhyme with ‘sick’. And I have seen more assholes than I care to see. Ever.

As others have mentioned searching big sick is just a bad idea.

Verdict: false, may have been there, gone now

Side note: did find some other pretty cool videos I was not looking for. I’ll have to go back to and them check out later.

UPDATE: it is listed as "revolutionary boys get dirty on American politics"

I dont know what I expected honestly pic.twitter.com/clxbD1zHG8

Looks like someone shot it with a cam from a pretty good upper seat. Sound is actually not half bad!

Luckily, Chrissy Teigen also took the time to weigh in with her thoughts.