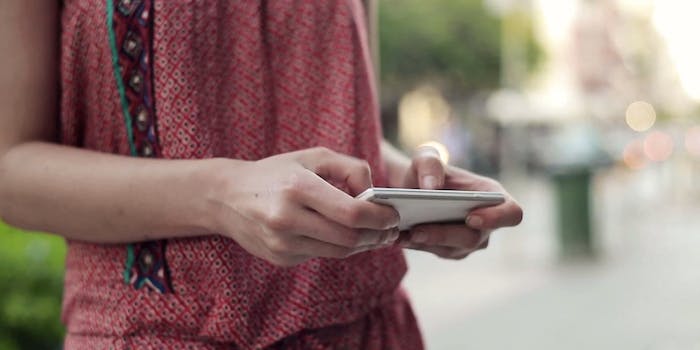 It will be the perfect relic to show your children when describing what life was like in 2014.

The premise of a text message video has been taken to a whole new level with Straight No Chaser and Kristen Bell’s holiday anthem, “Text Me Merry Christmas.”

This format is nothing new: Katy Perry’s “Roar” video is a series of emoji-riddled text messages with her inspiring lyrics. More recently, lovesick crooner Robin Thicke penned an ode to his estranged wife Paula Patton, and that video featured actual texts she sent to him.

But Straight No Chaser and Bell’s song and video up the ante by combining this questionable trend with the spirit of Christmas. This sampling of lyrics describe the song’s overall theme: “A Facebook message isn’t quite as sweet/I need more from @you than just a tweet. A snap on a Snapchat doesn’t last/And voicemail, that’s from Christmas past.”

Bell has become one of America’s sweethearts after voicing Princess Anna in Disney’s Frozen. But it seems she could only ride those icy coattails for so long. This song is a true feat: both highly irritating and extremely catchy.

While “Text Me Merry Christmas” isn’t an instant classic sure to be featured on holiday albums future, it will be the perfect relic to show your children when describing what life was like in 2014.

Screengrab via Straight No Chaser/YouTube