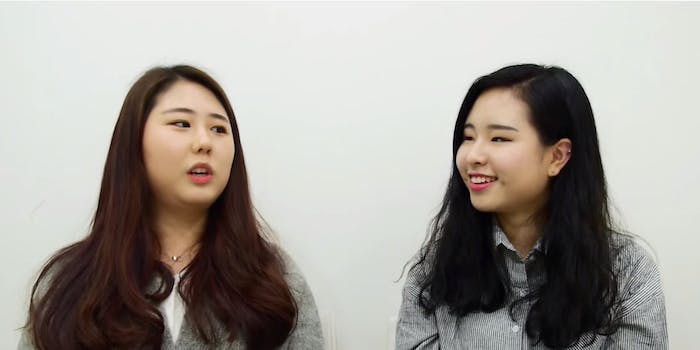 Last month, YouTube user Sw Yoon decided to import a bit of American culture to South Korea when he introduced a group of young women to all sorts of horrific junk food. After the video instantly went viral, the intrepid filmmaker decided to bring out the big guns, exposing these ladies to our country’s greatest export: Magic Mike.

He proceeded with caution so as not to overwhelm them. First, he played the trailer for Magic Mike XXL and asked for their takes. While some were thrilled by Channing Tatum‘s sensational dancing, others were a bit puzzled by the plot.

“It’s like a blacksmith who made transformers fell into the culture of pleasure,” one girl summarized.

To clear up the confusion, the filmmaker informed these innocent women about how Magic Mike makes his money. He then showed them some of the more memorable scenes from the first movie.

Reactions to Tatum’s pelvic thrusting and thong were varied. Some girls blushed, others begged for more, and still others were repulsed. But regardless of your stance, it’s hard to disagree with the cold hard truth of one girl’s statement: “He dances really well, has a hot body, and I kinda wanna go there.”