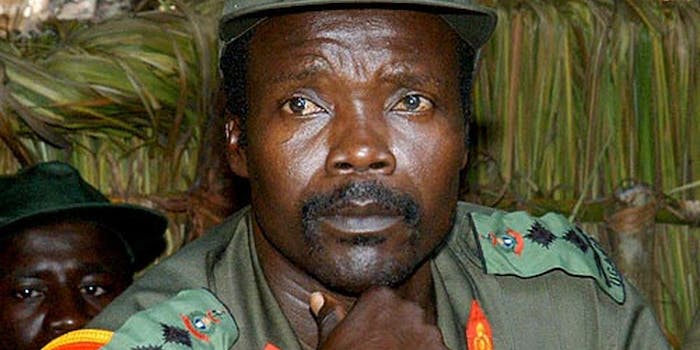 Sentiment on Twitter is no longer as positive as when the documentary first bombarded the Internet.

A study released Thursday by the Pew Internet & American Life Project suggests that a viral campaign against Ugandan warlord Joseph Kony is seeing a decline in support.

In the week after its release, the video was the subject of nearly 5 million tweets according to the Pew Research Center’s Project for Excellence in Journalism.

In the first two days after its release, 77 percent of tweets concerning the campaign were positive in sentiment. But now that support has dropped to 66 percent. One in six tweets are skeptical or negative, while 16 percent are indifferent.

This shift may be due in part to criticism the campaign has received from certain commentators and journalists.

“Here’s the problem—these simple narratives can cause damage,” wrote Ethan Zuckerman, a researcher at the Berkman Center for Internet and Society at Harvard University, in a passage quoted by Pew. “By simplifying the DRC [Democratic Republic of the Congo] situation to a conflict about minerals, the numerous other causes—ethnic tensions, land disputes, the role of foreign militaries—are all minimized … What are the unintended consequences of the Invisible Children narrative? The main one is increased support for Yoweri Museveni, the dictatorial and kleptocratic leader of Uganda.”

Ugandan journalist and blogger Rosebell Kagumire posted an online video stating that, “I think we need to have a kind of sound intelligent campaign geared toward real policy shifts, rather than an adverse sensationalized story that is out to make just one person cry.”

Comedian and actor Patton Oswalt tweeted a video of fellow comedian Charlie Brooker who calls the video’s creators “expert propagandists who appear to have an overtly religious agenda.” That tweet was retweeted 370 times.

But despite the campaign’s recent dip in popularity, it has nonetheless amassed 76 million views on YouTube and 16 million on Vimeo, making it one of the most-watched videos on both websites.

The campaign has also received positive endorsements from media personalities, including Oprah, Alec Baldwin and Ryan Seacrest. Retweets of their messages formed a large part of the positive Twitter response, according to Pew’s study.