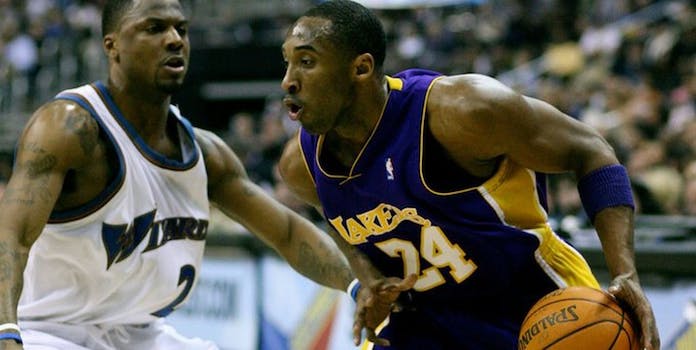 After tonight, videos will be all we have left of Kobe Bryant's career.

Kobe Bryant, one of the greatest players in NBA history, will participate in the final professional basketball game of his career on Wednesday when his Lakers take on the Jazz at Staples Center in Los Angeles.

Ever since Bryant announced his retirement following this, his 20th, season, tribute videos have popped up everywhere with Los Angeles opponents paying homage to the third-most-prolific scorer in league history and with fans saying goodbye to one of the NBA’s greatest talents.

But that’s not why we’re here today. No, we’re here to watch the best Bryant videos the Internet has to offer—as long as they’re not Bryant highlights. Those are easy to find. They’re all over YouTube, and there are a multitude from which to choose.

Instead, let’s explore the best Bryant videos that take place away from the court—the ones where he’s trying to act or to tell a good story or being unknowingly pretentious.

Videos of Kobe Bryant playing basketball are boring. Let’s find the ones that show us another side or two of the man who was so good at basketball that not even Michael Jordan—or Crying Jordan, for that matter—was sure he could beat him. Let’s find Bryant’s humanity.

Yes, this is a basketball highlight, but this was long before Kobe Bryant began his professional career, so chill out for a second. This is Joe “Jellybean” Bryant—who played in the NBA from 1975-’83 and who happened to be Kobe Bryant’s father. It’s easy to see where Kobe gets his athleticism.

Bryant and Brandy made big news in 1996 when she attended prom with him at Lower Merion High School outside of Philadelphia. This is the closest thing we have to a video of their evening: a Bryant guest appearance on Moesha in which he tries to convince Brandy’s character to take the SAT for him. Revel in the Hoop Dreams and The Usual Suspects references.

Apparently, Kobe, as a child, had friends—a brother and sister combo—named Man and Woman. He says this is true.

Sometimes, new friends who are living in a new city can bond over a beer run and a quick game of “Don’t you know who I am?”

This was a Nike ad that aired in China. It’s unclear if Bryant’s self-importance translates from English into different languages. As For the Win writes, “This is the worst tribute video. It’s a terrible ad. Bryant takes himself so seriously that instead of being poignant, it’s actually hilarious.”

If you need to find out the impact Bryant has made during his 20-year career, you ask people like Tiger Woods, Roger Federer, Richard Sherman, and Russell Wilson.

And perhaps the best non-basketball Bryant video I’ve ever seen or heard. Maybe some of the details are incorrect, but what a great story nonetheless.