Kobe Bryant, one of the few big-name athletes to avoid the microblogging service, is taking over the @nikebasketball account for a few days.

Kobe Bryant, one of the few big-name athletes to avoid the microblogging service, has “decided” to take over the @nikebasketball account for a few days. To prove it’s really him, he changed the name on the account to “Kobe Bryant” and posted a self-portrait as he prepped for an ice bath. 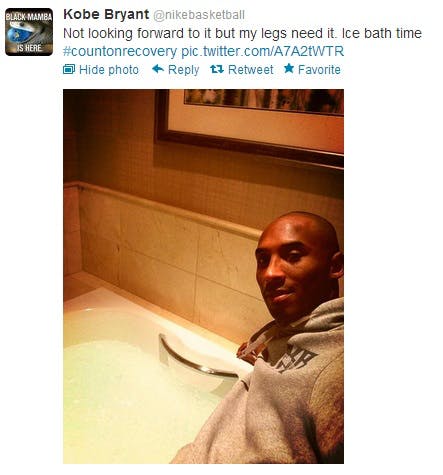 His five tweets so far have consisted of two photos of his ice bath, a comment on the Los Angeles Lakers season so far (“14-14 not great but we are getting better. It’s all about the journey”), his announcement that he’s taking over the account, and a thank-you note to fans for their welcome. Real exciting so far, Kobe!

1) Anything nice directed to @shaq 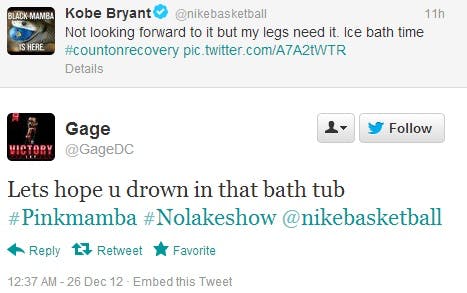 4) A failed nude selfie DM to a fan

5) “You guys gotta check out these tight new Adidas sneakers.”