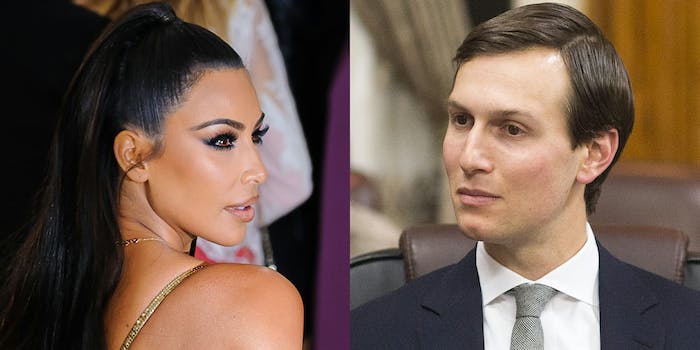 Kim Kardashian is going to the White House.

For the past few months, Kardashian has allegedly been in talks with Jared Kushner and Ivanka Trump to help in the case of Alice Marie Johnson, a 62-year-old grandmother who has spent the last 20 years in prison for a non-violent, first-time drug offense.

She will reportedly be meeting with President Donald Trump and other White House officials—including Kushner—today to discuss prison reform, reportedly in hopes Trump will pardon Johnson. Kardashian spoke with Mic earlier this month about Johnson’s case and said she’ll do “whatever it takes” to get Johnson her freedom, and that the White House has been “very receptive to my calls.” Kardashian brought renewed attention to the case last fall, with a retweet.

It’s not clear if husband and noted Trump fan Kanye West will also be in attendance, but Kardashian will allegedly not be filming the meeting for Keeping Up With the Kardashians. Trump recently posthumously pardoned heavyweight boxing champion Jack Johnson. He also pardoned racist Arizona sheriff Joe Arpaio last year.