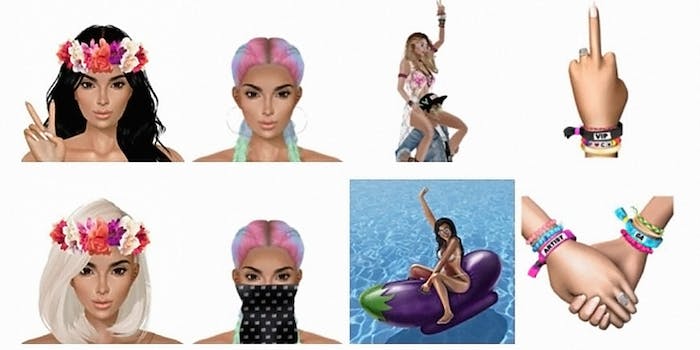 Looking for a way to telegraph your Coachella experience? Kim Kardashian‘s new emoji are here so you can really turn it into poetry.

Kardashian’s latest brand-defining Kimoji includes her wearing those godforsaken flower crowns, a middle finger, a laminate that reads “No Head No Pass,” and perhaps the most meta representation: Kim riding an inflatable eggplant emoji.

She also knows you really need something to stand out at the pool this summer. And it’s only $98!

No word yet on whether Kendall Jenner will be representing Pepsi at Coachella.