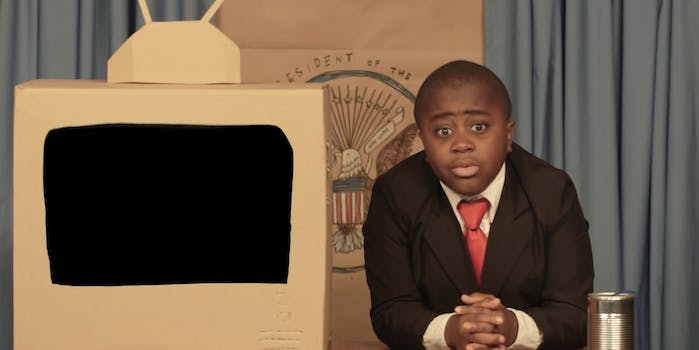 Who better to teach kids about art than their very own president?

Kid President is hitting the road with his Guide to Being Awesome, and he’s getting a little help from a famous YouTube power couple.

Kid President, also known as 11-year-old Robby Novack, is off on a very non-traditional book tour. Instead of endless stops at stores across the country, he’ll be visiting elementary schools with special presentations. Since “Throw a Pop-up Art Show” is No. 60 in his guide, a partnership with The Art Assignment, John and Sarah Green‘s PBS-produced art series, seemed fitting. The Greens created exclusive video content for the schools, aimed to inspire and empower students to create their own art.

Lucky students will be invited to participate in a pop-up art installation called “Movement Telephone” on the tour, which kicks off today. By adding Art Assignment elements to his tour, the Kid President team will expand beyond just introducing young people to inspiring leaders and creators. They’ll empower kids to become ones themselves through practical purposes, in true Kid President fashion.