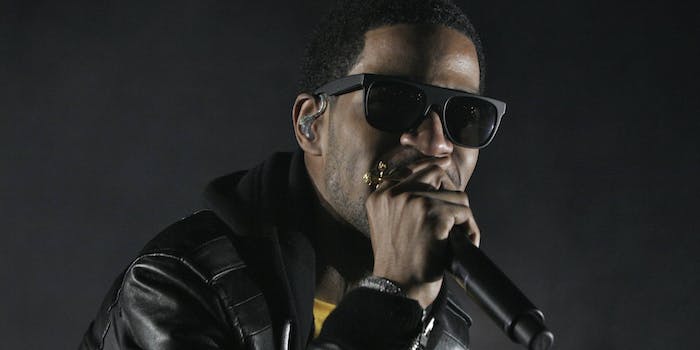 'I guess I give so much of myself to others I forgot that I need to show myself some love too.'

Rapper Kid Cudi posted an emotional and lengthy note to his fans on Facebook Tuesday night revealing that he had checked himself into rehab for depression and “suicidal urges.”

In the note, Kid Cudi (whose real name is Scott Mescudi) explained the struggle he went through with the decision and said that he was ashamed to admit that he was “living a lie” while trying to inspire others.

“I am not at peace,” he wrote, “I haven’t been since you’ve known me. If I didn’t come here, I would’ve done something to myself. I simply am a damaged human swimming in a pool of emotions everyday of my life,” he wrote.

He spoke candidly about the heart-wrenching effects depression and anxiety have had on his life, vividly describing just how isolating it can be. And while he’s scared and nervous about his decision, he wants to fix himself.

“I deserve to have peace,” he said. “I deserve to be happy and smiling. Why not me? I guess I give so much of myself to others I forgot that I need to show myself some love too. I think I never really knew how.”

Kid Cudi opened up about his struggles with depression in an interview with Billboard back in April, describing it as “living a nightmare” and said that he had “used drugs to try to fix my depression.”

I thought about how much of a struggle it has been the past eight years, to be in the news and pretend to be happy when, really, I was living a nightmare. But I can go anywhere, whenever I want. My daughter is in one of the best private schools in the nation. I have everything I ever dreamed of in terms of stability. But I hadn’t been living that reality, because depression was f—ing me up. So this year I chose to be happy. I just woke up.

While Kid Cudi won’t be around to promote his upcoming album, his manager and record label will keep fans posted and want him to focus solely on his recovery. He hopes that he’ll be able to attend Complex Con and is looking forward to seeing his fans there.

“Ill be back, stronger, better,” he told his fans. “Reborn. I feel like shit, I feel so ashamed. Im sorry.”