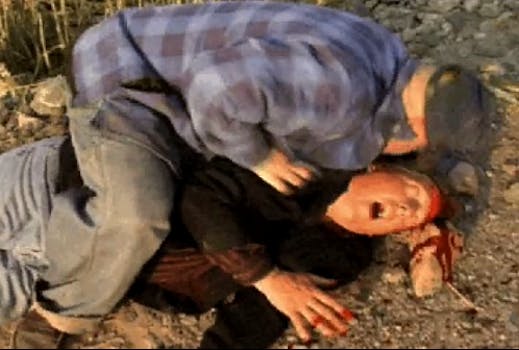 Kickstopper: “Zombies in the Meadowlands”

The Meadowlands, polluted rivers,  MetLife Stadium, and the use of Medieval Times as a fort: What more could you want in a zombie flick?

Etsy has Regretsy. Pinterest has WTF, Pinterest? Now the Daily Dot is proud to present Kickstopper, a series highlighting the most bombastic and absurd projects seeking support through the popular crowdfunding platform, Kickstarter.

How polluted are the rivers in northern New Jersey? Dirty enough to spawn the largest zombie outbreak since Night of the Living Dead.

That’s the story behind independent filmmakers Steven Meitzler and Chris Slekniewicz’s new monster flick Zombies in the Meadowlands, a Kickstarter hopeful set along the banks of the toxic Passaic River.

“New Jersey’s known for their polluted rivers,” Meitzler plotted to the Daily Dot.

Picture Tony Soprano standing front and center on the set of “Thriller.” Meitzler and Slenkiewicz want to shoot the film in the fall when football’s New York Giants and Jets have nearby MetLife Stadium packed.

“They got 80,000 zombies there every weekend anyway, you know?” Slenkiewicz said.

“They have to go to Medieval Times to get the armor to keep themselves safe,” Meitzler explained.

The Meadowlands, unhealthy eaters, a slew of polluted rivers, MetLife Stadium, and the use of Medieval Times as a fort: New Jersey really is the best.

The money Meitzler and Slenkiewicz hope to raise on the project: $500,000, a lofty goal when you consider that the biggest pledge reward is set at $30. With 24 days left, the two have yet to raise a dime.

“99 percent of the people that I have talked to about it love the idea,” Slenkiewisz said. “They’re lining up to be zombies.”

Kickstarter: Zombies at the Meadowlands