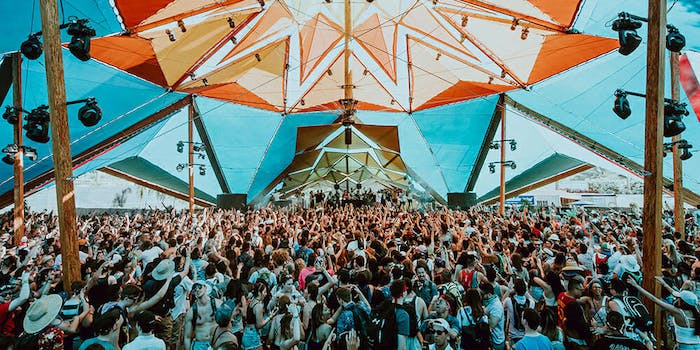 Only 2 of the festivals on board are in the U.S.

Forty-five international festivals pledged on Monday to combat gender inequality by implementing a 50/50 gender split on their respective lineups and conference panels by 2022—but the list only includes two U.S.-based festivals.

The initiative is the latest installment of a new program from the U.K.’s PRS Foundation called Keychange, which was founded to help women transform the music industry.

New York’s Winter Jazzfest and A2IM Indie Week represent the U.S. on the list, while Canada has four festivals listed on the pledge—including its North by Northeast music festival that is Canada’s version of South by Southwest. Canadian Music Week, Breakout West, and MUTEK also pledged.

Vanessa Reed, CEO of the PRS Foundation, noted in a news release that their focus on gender equality aligns with the centenary for some women getting the right to vote in the U.K.

“100 years on, the push for gender parity across society continues and with increased public awareness of inequalities across the creative industries we have an opportunity to respond and commit to tangible change in music,” Reed said. “The Keychange network of female artists and industry professionals and the festival partners’ idea of establishing a collective pledge will significantly accelerate change. I hope that this will be the start of a more balanced industry which will result in benefits for everyone.”

In addition to the festivals, Shirley Manson, producer Tony Visconti, and Madrid’s indie rockers Hinds have been announced as high profile ambassadors of Keychange.

Major U.S. festivals like Coachella, Bonnaroo, Lollapalooza, and Austin City Limits Music Festival were not on the list. Each of the festival’s press contacts did not immediately respond to the Daily Dot’s request for comment about the pledge.

The seeming resistance to the pledge from major U.S. fests is unfortunate, especially since these events annually get criticized for their lack of female representation.