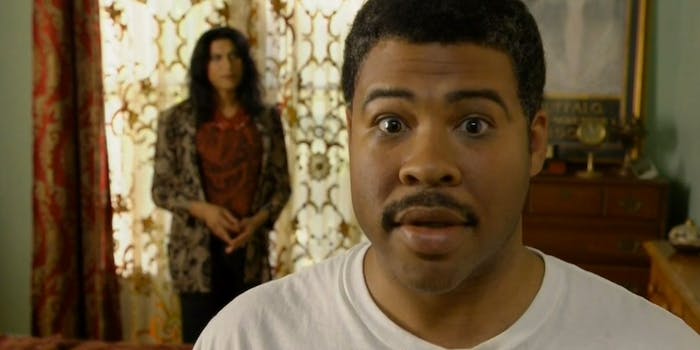 On last night’s Key & Peele, we got a look into Cosmos host Neil deGrasse Tyson‘s marital life, and it was kind of dark.

Yes, NDT’s voice is soothing, his knowledge vast, but just what can his majestic space arguments get him out of?

Actually, pretty much anything, as his wife (played by Keegan-Michael Key) found out.

The sketch functioned as a three-part thread that connected other sketches in the episode, but here it is as one continuous segment:

We’re nearing the end of Key & Peele‘s final season, but have no fear: Next week’s two-part finale contains a tremendous physical comedy bit that revolves around a tangled mic chord.