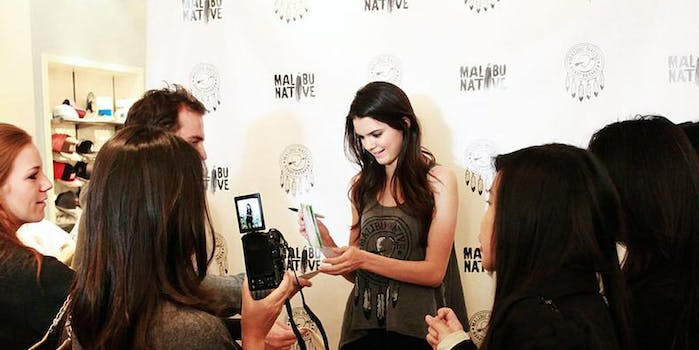 This nude photo on Kendall Jenner’s Instagram has everyone confused

With no caption on the photo, Jenners fans assume she's the lady on the horse.

Model Kendall Jenner posted a provocative nude photo on Instagram for her 42.2 million fans, but while the woman on the horse looks a lot like Jenner, it’s not her.

After Jenner posted the look-alike nude, French model Elisa Meliani posted a screengrab on her own Instagram, noting, “Waouuu ! Me and my horse on Kendall IG ?? @kendalljenner #blessed.”

Jenner’s given no explanation for why she posted Meliani’s nude on Instagram, or given credit to Meliani or the photographer in question. For Meliani, she’s back to business as usual, posting more of her own nude photos on the photo-sharing platform.