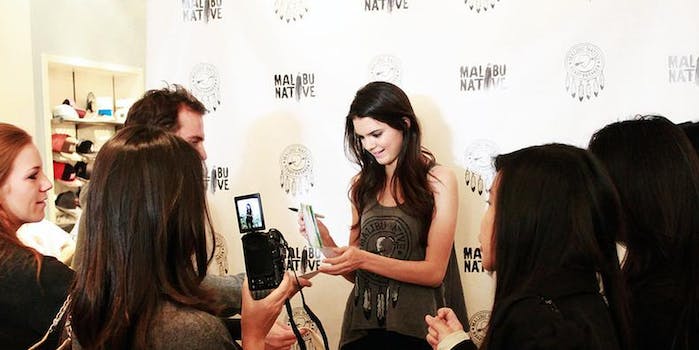 Kendall Jenner did not just take ‘bold’ braids to a ‘new,’ ‘epic’ level

Twitter reminds Marie Claire that five tiny cornrows are only “epic,” “bold,” and “new” if you’re young, rich, and white.

Jenner—one of the younger members of the cabal, who’s being groomed to be the next Kardashian to do whatever it is they do—had been singled out for her “bold” look. Since Marie Claire is a fairly innocuous women’s magazine, these “bold braids” might have indeed appeared “epic” to some of their readers.

However, once the tweet started circulating, Twitter reminded the magazine that five tiny cornrows are only “epic,” “bold,” or “new” if you’re young, rich, and white.

A search for #boldbraids reveals even more responses to that myopic view on braids, history, inclusion, and cultural biases, etc.:

Bold. New. EPIC! If only @marieclaire called any of the millions of brown and black girls rocking braids these terms with regularity.

Black women been wearing Braids since before Julius Ceasar, never in history been referred to as Bold nor Epic for it

Hi @KendallJenner just so you know, your braids aren’t “new”, “bold”, or “epic”. Black people have been getting braids for centuries.

Thanks to @marieclaire and Kendall Jenner for inventing #BoldBraids. I have never seen these before in my entire life. #Groundbreaking

Kendal Jenner’s #boldbraids as a style are older than she is. a white magazine’s obliviousness to black hairstyles doesn’t make it brand new

We didn’t mean to offend or imply that cornrows were new. Our tweet was poorly worded.

We thought her hair looked great and recognize women have been styling their hair like this for ages.

One would hope this might lead to the magazine diversifying their staff a bit, but it looks like other publications are just as single-minded. Did you know Jenner and her sisters have also been trying out some bold new “tribal” makeup while in Thailand? 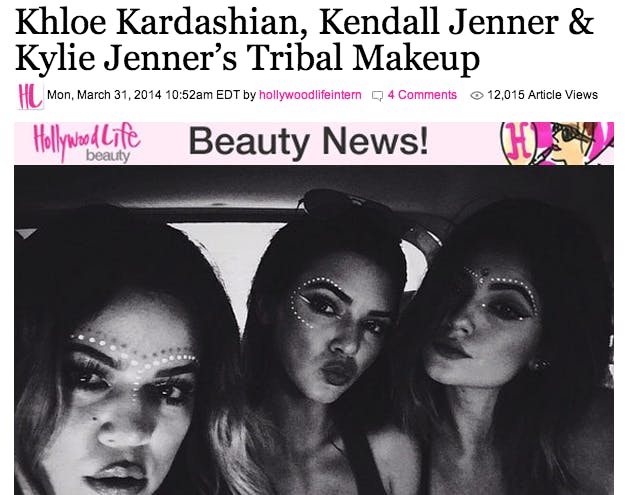