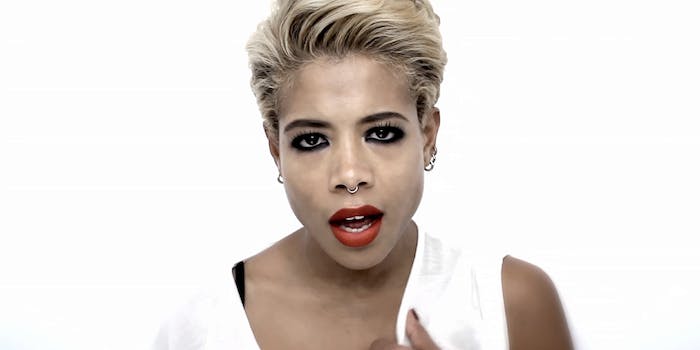 The singer says she's waited 9 years to talk about her experience.

Kelis has opened up about her relationship with ex-husband Nas in a new interview with Hollywood Unlocked.

Kelis, who filed for divorce from rapper Nas in 2009, detailed their tumultuous relationship and the physical and mental abuse he inflicted on her, as well as issues with drinking and their public custody battle for 8-year-old son Knight.

She claims that after seeing photos of Rihanna in 2009, after Chris Brown physically abused her, she thought about saying something about the abuse she was experiencing: “The only way I can describe it is it was like double dutch. Do I jump in, do I say it? Because I had bruises all over my body at that time.” However, she says this is the first time she’s spoken about the abuse.

Asked by Hollywood Unlocked CEO Jason Lee if Nas hit her, she said yes, and that she would hit him back. She adds that Nas likely doesn’t remember many of the incidents, because of blackout drinking.

Kelis is now a chef and founder of the sauce line Bounty & Full, and is raising her two kids. She says she’s speaking now to help other women who might be in similar situations but are afraid to speak up or reach out. “Women can’t be afraid to fight,” she says.

Nas’ ex Carmen Bryan in her 2007 memoir also said that the rapper was physically abusive toward her.