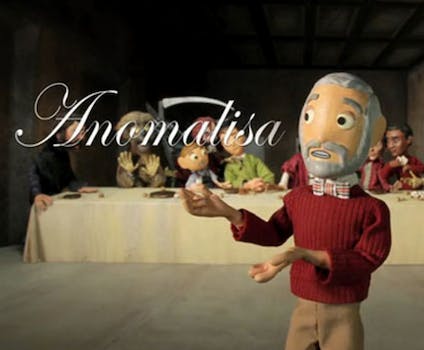 Their new project, Anomalisa, is now the most-funded Kickstarter film of all time.

On Sunday, Anomalisa became the most funded Kickstarter film ever.

The stop-motion animated movie—a collaboration between writer/director Charlie Kaufman and Community’s Dan Harmon and Dino Stamatopoulous that kicked off in July—raised $406,237 thanks to its 5,770 supporters.

Anomalisa barely surpassed The Gamers: Hands of Fate, the third installment in the role-playing-game-centric film series, which successfully raised $405,917.

On Sept. 6, the Anomalisa crew revealed in an update on their Kickstarter page that they were only $52,000 shy of the record. Intent on breaking the mark, the team asked its donors to increase their bids.

They also offered a series of new incentives over the course of the weekend. Among them were pairs of custom Converse Chuck Taylors featuring original artwork by Adventure Time creator Pendleton Ward ($500 pledge level), a puppet used in the film ($1,000 pledge level), and, perhaps the most unusual of them all, a “night of drinks and hanging out with Dan Harmon and Dino Stamatopoulous” ($2,500 pledge level).

Then, on Sept. 9, the team took to the time to thank their supporters. “WE DID IT,” they wrote in their final update, “You guys are so incredible. From Dan Harmon, Dino Stamatopoulous, Duke Johnson, Rose Trans and the whole Starburns and Anomalisa team, our sincerest thank you.”

Anomalisa’s Kickstarter success shouldn’t come as much of a surprise. Within the first 24 hours of its campaign, the film raised over $88,000.

Dan Harmon’s involvement in the project surely helped, too. The former Community showrunner is known to communicate frequently with his fans via Reddit. Harmon’s Aug. 22 “Ask Me Anything” (AMA) garnered close to 5,000 comments. He also enjoys the support of r/Community, a subreddit devoted to his show that boasts 72,537 subscribers.